Alfa Power built and operate what is the currently the UK's fastest CCS charger.  The 60kW charger at Brighouse in West Yorkshire went live in September.

Since then, they have put more 60kW CCS chargers live in Morley and Huddersfield

Now, Alfa Power have claimed another first - the first CCS charger in the UK running at above 60kW.  They've made a significant jump, too - achieving 120kW.

The charger has been installed tested and put live at Morley, but it is not yet open to the public.  when it does open, it will be capped initially at 100kW, with 120kW being unlocked later, "when the market requires".
Posted by Gordon L at 4:30 PM No comments:

From de Panne in the North-West, to Arlon in the South-East is 209 miles by road.  The circle scales that up to 234 miles - the EPA range of the Jaguar I-Pace.

Today, Belgium has 93 CCS DC Fast chargers (at around 75-80 locations)

(For comparison in Belgium, there are 51 Tesla Superchargers and 102 Supercharger stalls, at 9 locations).

Density is higher than in France, and lower than in the Netherlands.
Posted by Gordon L at 3:30 PM No comments:

When will BEVs replace ICEVs? (part 1)

It takes about 8 doublings of EV sales to go from “What are EVs?” to “Remember those gasoline cars?”

We’re about three doublings in. Each doubling has taken about two years so far, and it shows no signs of slowing down.

Slow down is unlikely to set in before the process is mostly complete, for 3 reasons:


By the time the change is noticeable, it’s almost complete.

They start really slowly and grow exponentially quickly from that teeny-tiny base.  Once about a quarter of the market has swapped, things are really starting to happen fast. And they keep happening fast until the change is virtually complete, and only a very few stragglers and hold-outs remain. 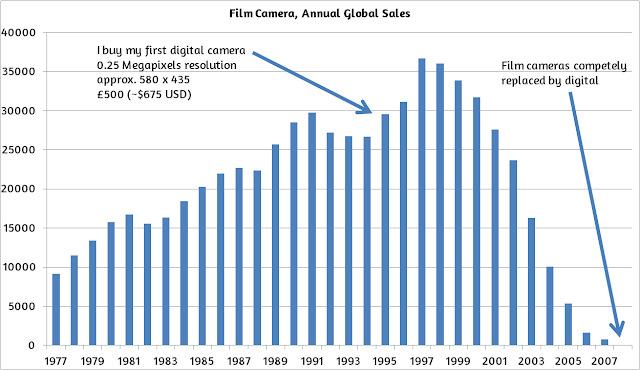 The swap from film cameras to digital cameras happened in less than 10 years.

In 1995, it was a lot of effort to buy a digital camera. They were expensive.  They were fragile.  They had terrible picture quality - the camera filled in information to get the pictures to end up at 640 x 480 pixels. 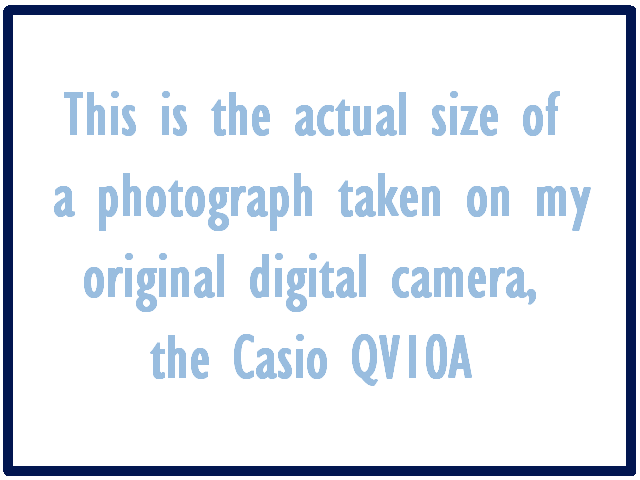 Less than 10 years later, it was very difficult to buy a film snapshot camera.   Three years after that, film cameras were rare and expensive. 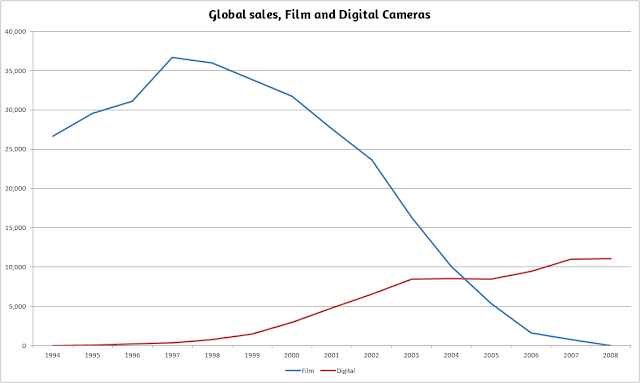 The graphs show I was pretty typical. I bought my last film camera in 1997.  In 2003, I bought my first "proper" digital camera.  This digital camera was not simply a tech toy, but was now my regular snapshots camera.

With the film camera, I would walk to the nearest photo shop, pay to get my films developed, 24 or 36 pictures at a time; I would pay extra to get them to digitise my photographs and supply them on a CD, along with the prints, and I would pay for my next batch of blank films.


The digital camera was about twice as expensive to buy as a film camera, but the operating costs were much lower.  I bought some memory sticks, and once I had them, I could re-use them over and over, so I never had to pay for blank film after that. I never had to pay for processing the film. I didn't have to pay to have the pictures digitised. And I only needed to pay to print the good pictures.  No more prints of someone's thumb over the lens, or of people with their eyes tightly shut.

And yet, digital cameras never really reach the same heights that film cameras reached in 1997. 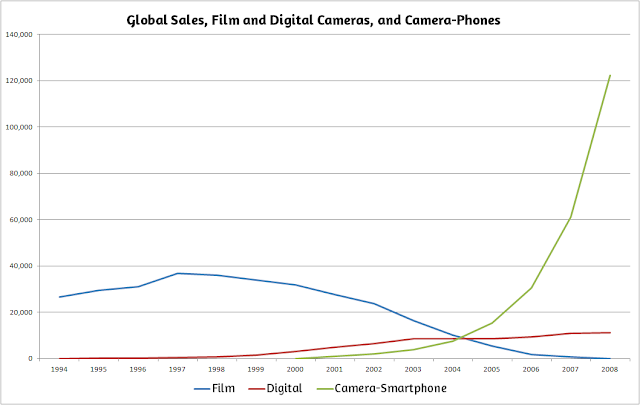 The answer is of course is that technology changes so fast, that digital cameras ever really got a foothold before they were replaced.  By cameras built into mobile phones and smartphones.

And now, it’s getting harder to buy a standalone snapshot camera, because smartphone cameras have just about completely taken over.

You can look at similar changeovers that have happened recently - dumb mobile phones to smartphones, cathode-ray TVs and monitors and flat-screen TVs and monitors, CDs to MP3s to streaming services.